Just added to your cart

Lanark County Interval House and Community Support offers emergency and on-going programs to women and children living in or escaping from domestic violence. We were founded in 1979 by a number of brave and determined feminists who saw the need in Lanark County for a safe place for women experiencing violence at home and in their relationships. Be a part of our online celebration when we launch a full Herstory page with all the details on International Women’s Day, March 8th 2019. 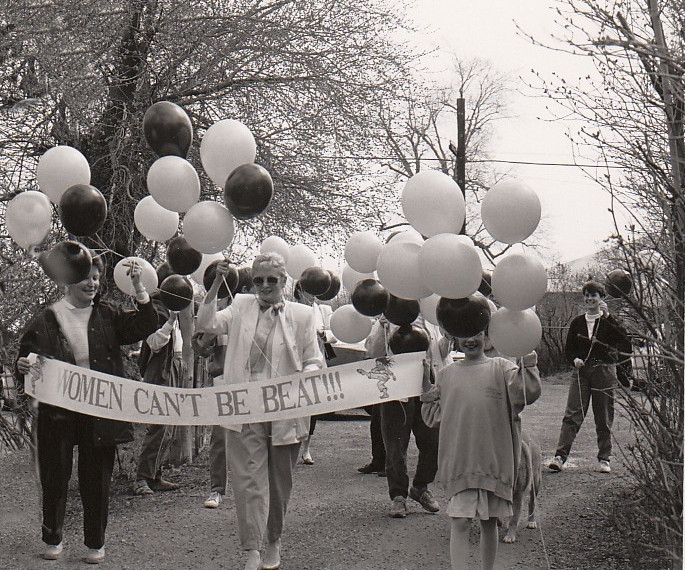 If you are a woman in need of support, please take a look at our available programs:

Interval House got its beginning following a 1978 Canada Works study sponsored by The Hub in Almonte which determined that women in Lanark County were in need of protection from abusive partners. In December of that year a public meeting was held in Carleton Place and individuals began working on committees. In their initial efforts to secure a house for women in need of safe shelter, the community pushed back. When the group of women found a possible house on Mary Street, the residents worried that such a home in their neighbourhood would lead to streets filled with irate husbands.

Despite this resistance, the home on Mary Street was secured as an emergency shelter for women and children escaping domestic violence with the first six months of rent guaranteed by ‘The Exchange’, a Carleton Place women’s group. The doors opened in May of 1979, although women were in the house by late April, unable to wait any longer for protection.

These visionary women (and men) began our service with the hope that our society would change and the shelter would become redundant. Society has changed in many ways, but the need for services for abused women and their children has increased – or perhaps more accurately, there are more women coming forward to leave their situations. We can thank the founders of LCIHCS for bringing light to an issue that had always existed behind closed doors of the family home and making it a community issue that together we strive to solve.